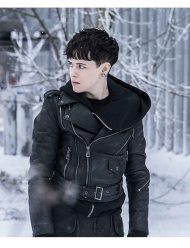 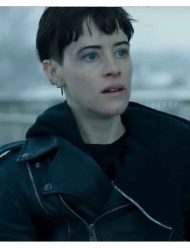 Claire Foy The Girl In The Spiders Web Biker Jacket 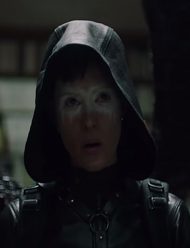 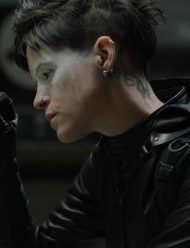 The Girl In The Spider Web Lisbeth Salander Hooded Jacket 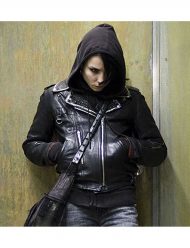 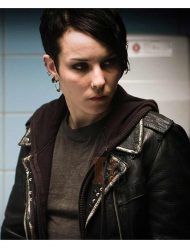 The Girl In The Spiders Web Lisbeth Salander Leather Jacket

The Girl in the Spiders Web Shop

Without a doubt, one of the best onscreen genres is of all that law enforcement agencies, spies, and all that crime scenes going on. This is the same scene with the exclusive 2018 Swedish-American crime thriller film that’s ready to mind-boggle our minds with its brainy crafty concept delved into a girl’s life being trapped into different orgs now and then.

A roguish stepped up movie experience revolving around a computer hacker who’s gone through several traumas and pains. Eventually, becoming a strong more than ever woman weaving revenger against the interlocked web of emissaries, cyberspace convicts and corrupted government officials. Not only she’s fighting with sneaky on guard craftiness but also wears some classy garments constructed with outclass craftsmanship.

Hjackets has taken investigative perspectives and came along the line to recreate the same attire line as cued carefully from those short clips and trailer released by the movie makers. You’ll find enough evidence to realize the truth of our terrific outfit making endeavors. You can relish great garments worn by the elegant English actress Claire Foy portraying as the besieged female spy Lisbeth. Get into fashion slaying styles with a variety of Lisbeth Salander black leather jackets. We venture with awe-inspiring needlepoint performances to astound our customers residing worldwide. Grab your favorite jackets from here..!!