CHRISTMAS SALE GET EXTRA 20$ OFF + FREE SHIPPING CODE: CHRISTMAS20
Back
EXTRA
71
%
OFF

Best Seller
4.29 out of 5 based on 7 customer ratings
Write a review | Ask a Question

“Feel the Beat” is a new comedy /drama, Netflix Original feature film, and its premiere is due 19th July 2020 at Netflix. Michael Ambruster and Shawn Ku have co-written the film and Elissa Down is the director.The story is centered upon April,an egocentric and talented dancer,played by by Sophia Carson. She unintentionally behaved with someone, who she later discovered was the selector of the audition where she was performing, as a result shewas banned from the Broadway, ultimately finishing her career Her father advised to move back to her small Wisconsin hometown with him, which she did. She was reluctantly hired by her former dance teacher to coach a misfit group of young dancers, and prepare them for a competition. Initially, she didn’t take it seriously, but later, after reading about the event for which she has to train the group, she agreed enthusiastically, anticipating she might have some chance of giving her career a boost. Sophia Carson is looking gorgeous in her Feel The Beat Sofia Carson Hoodie. You can also have a chance to get the same as she is wearing’s, don’t wait; place you r orders now.

This sporty women’s hooded jacket is manufactured from excellent quality fleece material, with a soft viscose fabric lining inside. It is designed with a hooded collar, long sleeves with rib knitted cuffs and slit shoulders, two kangaroo waist pockets outside, two pockets inside, and pullover without a front opening. This stylish hooded jacket is available in grey color with black piping. 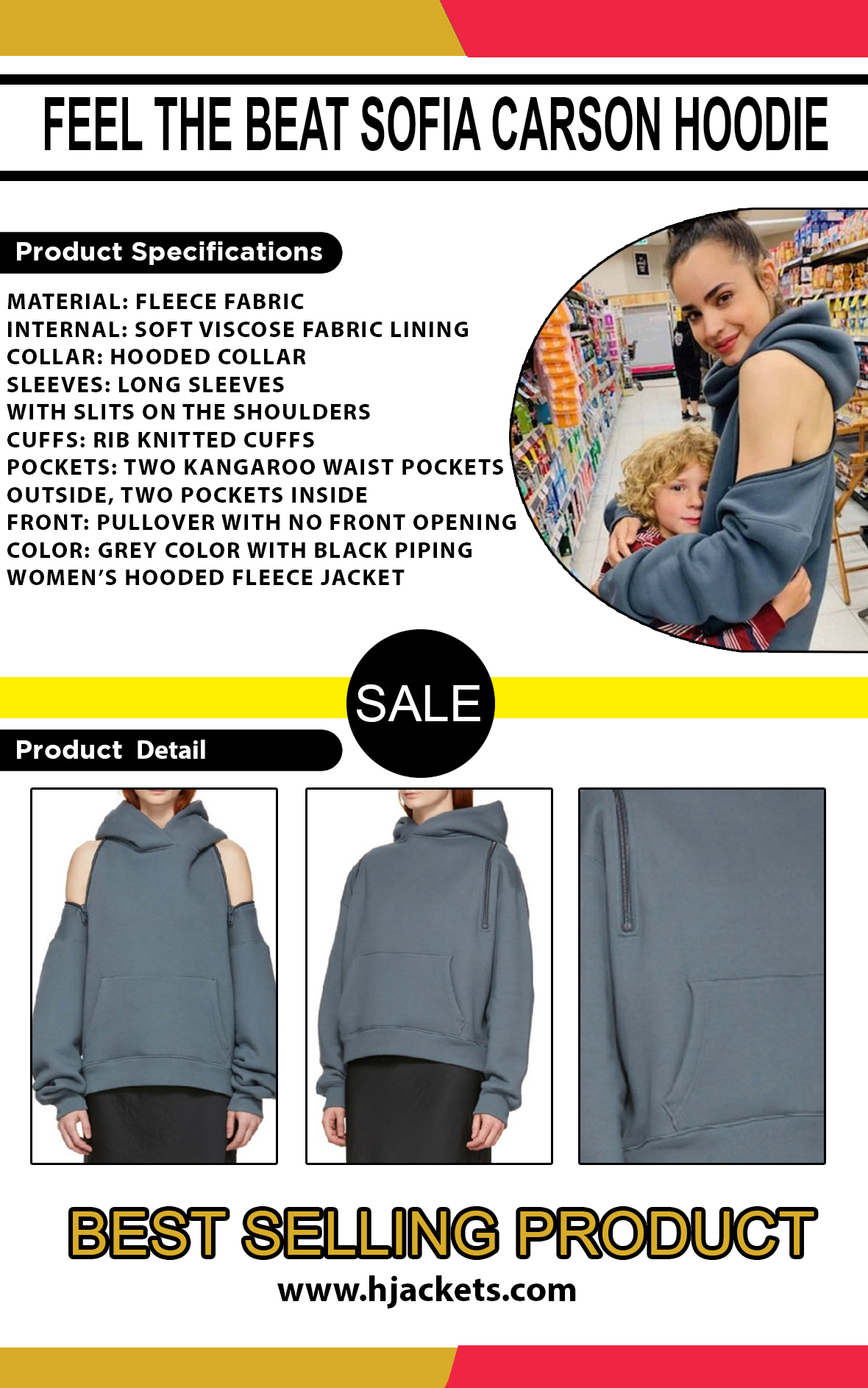 Questions and answers of the customers