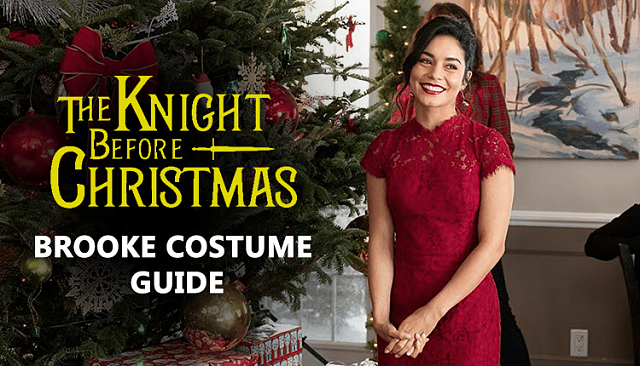 Everyone is good at something, and everyone has a god gifted talent, which makes them superior from others. But, Vanessa Hudgens is born with not only just one but two expertise, acting, and singing. These two skills were no match easily in the Hollywood industry, which makes her best. Vanessa Anne Hudgens is one of the finest American actress and singer of this era. High School Musical film series (2006-08) was the turning point of her life. She admired all the people with her out-of-this-world acting. In 2015, she also played the title role in the Broadway musical Gigi. In the meanwhile, Hudgen chooses acting as her career after the successful release of her studio albums and the High School Musical franchise. Hudgen’s yet another recent superhit movie, “The Knight Before Christmas” was released on 21st November 2019. The film was directed by Monika Mitchell and written by Cara J. Russell. Hudgens played the role of Brooke, a woman who is in search of a knight of her dreams. It looks like this new role will become the next door to his success. Her fans are desperately waiting for the arrival of this Christmas comedy movie on a big screen, which is full of fun and suspense.

Here’s the detailed Vanessa Hudgens The Knight Before Christmas Brooke Costume Guide by Hjackets, which gives you a brief introduction about Vanessa Hudgens’s new glimpse from her recent American adventure and comedy film. Along with this, you can also purchase yourself our branded clothes, which are worn by the leading lady character, Vanessa Hudgen, in the movie The Knight Before Christmas. We are giving you an opportunity to look like and feel like a character you like the most that you have been a fan of him/her since your childhood. So, hurry up, guys visit our website and order with just a single click of the mouse. We are also giving you a fast home delivery service, so don’t miss your chance before it is too late. Good luck!

For just a review, Brooke(Vanessa Hudgens) performs the role of a woman who wants to live a life of her dreams. However, She hit a knight with her car, who was traveled from the 14th century. After the accident, a knight got suffered from amnesia disease. She takes him along with herself until he regains all his memories back. But, who knows that the person who got hit by her car is a knight, that she has been waiting for ages. 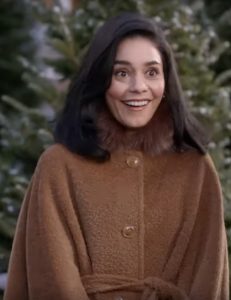 The outer surface is covered with a wool blend, and the inner part is designed with viscose lining, which makes you cozy. Fur turtle collar and shawl style gives you a vintage and classy look. 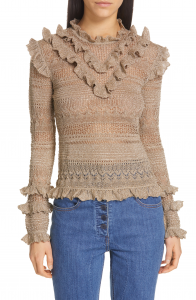 The beautiful sweater is crafted with sparkling golden threats for lighthearted shine. The unbeatable effort of the designer of a sweater is crystal clear, after seeing the thin and embroidery work. 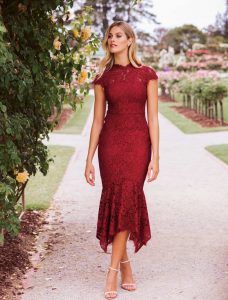 A bold maxi dress is a bizarre choice for a unique occasion. The artwork on it enhances the grace of the dress. This dress spreads love and happiness as red color is a sign of love. 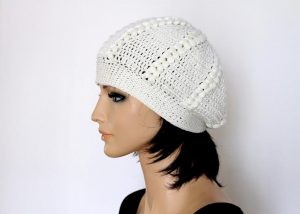 Off White Hat is made up of high-quality cotton and acrylic. It is a hand-made hat which describes the proficiency of its creator. Heart-shaped attracts everyone like a magnet in the surrounding. 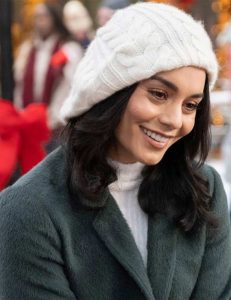 The coat is coated with wool, which increases the elegance of physical appearance, and viscose lining inside makes you warm. Welted waist pocket can be used to cover your hands from frozen air.

In a nutshell, we hope you guys enjoy and like the way we thrive on delivering the customer satisfaction through the above step-by-step costume guide of a new character Brooke that is performed by Vanessa Hudgen in her last film “The Knight Before Christmas.”

We believe in customer care, Hjackets is a platform where you can buy the best and top quality leather jackets, coats, shirts, which are made up of high-quality fabric as we never compromised with the quality of the product. We are offering you a numerous and wide range of other celebrity jackets as well with suitable prices.

The Most Popular Christmas Costumes Gifts 2019