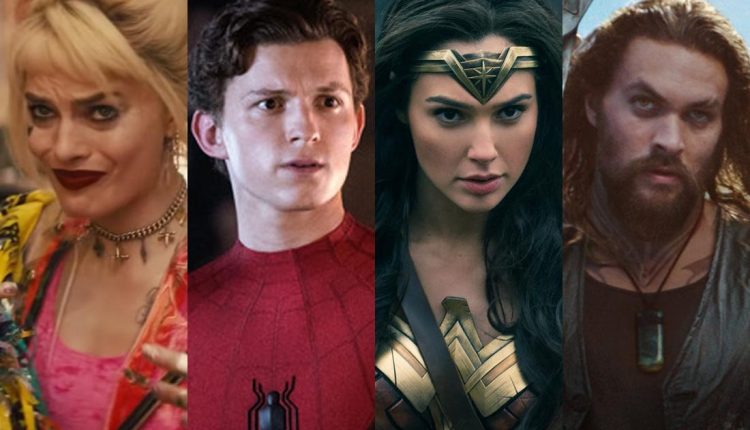 2020 is said to be the year of amazing movies. The movies which are known to be released this year have been already getting such a positive response from the audience. Most of these movies are sequels of the movies released earlier. The audience is no doubt pretty excited to know what new and innovative ideas the movies are going to bring to the cinemas. Some of these upcoming movies which have been top-rated by the audience already include Birds of Prey, Wonder Woman 1984, Bad Boys for Life, Doctor Do-Little and a few more.

Most of the upcoming top-rated movies have the craziest attires! Our category embraces the exact replicas of the attires worn by the characters in their respective movies. You can now avail of these costumes and attires and slay your costume parties or Halloween parties this year when you dress up as these characters.

DC universe has been receiving the best responses from the audience for their movies. The upcoming movie is Birds of Prey. The initial date of release for this movie is 5th February 2020.

Birds of Prey is a sequel of a movie after the Suicide Squad. The plot of the movie revolves around Harley Quinn and her life after she split with Joker. She remains in Gotham City and joins the team of three female superheroes including Huntress, Black Canary, and Renee Montoya in order to save a little girl from the trap of an evil crime lord called the Black Mask. The attire of Harley Quinn in this movie has been appreciated and loved by the audience. One of the highlights of the movie was the jacket worn by Harley Quinn. This jacket is made up of PVC material. It has a motorcycle collar along with front zipper closure. It has a three-quarter sleeve. The uniqueness of the jacket lies in the fact that the jacket is transparent along with colorful fringes attached on the sleeves of the jacket.

You can buy this jacket to show your love and support to the beautiful Harley Quinn with Margot Robbie, the phenomenal actress who plays this role. 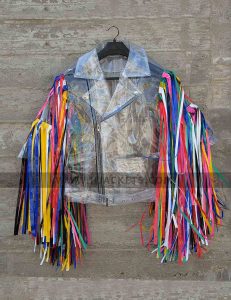 DC universe has been launching some of the best movies of its time. This includes the sequel of Wonder Woman, this year in 2020 named as Wonder Woman 1984. The initial date of release for this movie is 4th June 2020. The role of Wonder Woman remains in the hands of the beautiful woman, Gal Gadot.

The plot of the movie revolves around the extraordinary war between Princess Diana and an evil lord known as the Cheetah who comprises of superhuman strength along with agility. The plot, the performance of Gal Gadot and the graphics are one of the things that the audience loved but along with that, the audience was in love with the attire of Gal Gadot in the respective movie.

One particular costume was the highlight of the character of Wonder Woman which was her armor suit. This suit is made up of real and genuine leather along with inner viscose lining. It consists of smart piping on the entire dress along with the skirt and belt included with the vest. The vest comes in a maroon color along with a blue-colored skirt.

This particular costume would be the perfect fit for you Wonder Woman costume for this year’s Halloween party as well as a costume party. 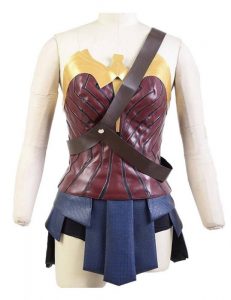 The last movie of the Avengers sequel was Avengers: Endgame which turned out to the best most amazing out of all the Marvel Universe movies. Marvel universe is now releasing Black Widows movie. The initial date of release of the movie is 29th April 2020. The character of Black Widow is being portrayed by the one and only Scarlet Johansson.

The plot of the movie revolves around the career of Natasha Romanoff as an ultimate operative. When the U.S.SR breaks up, the government attempts to murder Natasha. The present time of the movie shows her as a freelance operative working in different cases all around New York. One thing we all can agree on is the beautiful attire of the Black Widow in all her movies. One jacket which has been the highlight of the movie is the one made up of PU leather along with inner viscose lining. It consists of a V-shaped stand collar and a zipper closure. It has padded shoulders with waist zipper welt pockets.

This costume would be your perfect fit for the impression of Black Widow for this years’ costume party! 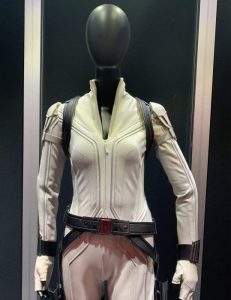 The upcoming movie of Robert Downey Jr. is something that is already breaking the internet. The initial date of release is 8th January 2020. The plot of the movie revolves around the solitude of Dr. Dolittle who lives alone along with his exotic animals. On the other hand, he decides to leave the house to find the cure for Queen Victoria and his journey begins.

The attire of Dolittle has been loved by the audience especially one jacket which has been the highlight. It is made of cotton fabric with inner viscose lining. It has a peak lapel collar along with open front style and open style belt cuffs. It comes in an ivory white color and has been the highlight of the movie. This jacket would go perfectly with you Dr. Dolittle impression on this Halloween or costume party. 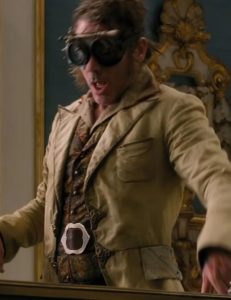 Finn is a character from the Star Wars TV series. The character has had some of the most amazing attire out of all the characters. Star Wars: Rise of Skywalker is the sequel of Star Wars whose initial release was on 16th December 2019. The reviews for this movie are outstanding especially the attire of the characters of the movie.

A particular jacket worn by Finn was the highlight of the movie. It is made of real leather along with inner viscose lining. It has an erect collar along with a front open style. It has full sleeves with open hem cuffs and comes in a beige color. This jacket would perfectly fit your casual afternoon gatherings with your family/friends. 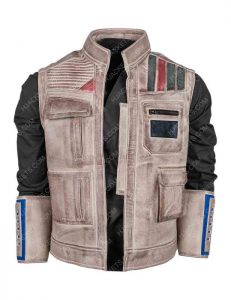 We all are aware of the amazing 007, James Bond. A new sequel of the James Bond is to be released on 2nd April 2020. Daniel Craig portraying the role of James Bond has done a phenomenal job and one of the best aspects of the character is his amazing attire throughout the movie.

A suit worn by James Bond in this movie was the highlight of his character. This coat is made of a high-quality wool blend with inner viscose lining. It has a two buttoned closure and three outside pockets along with two inside pockets. The trouser is a straight cut style with two slanted pockets on the sides and two back pockets. This suit comes in a grey color. This particular suit would be amazing for your formal gatherings. 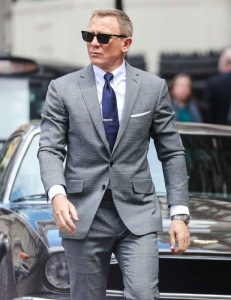 This particular jacket was worn by Tom Cruise in the movie, it is made up of cotton fabric along with inner viscose lining. It has a classic collar along with front zip closure. It has full sleeves with open hem cuffs and comes in green color. The jacket portrays roughness and robustness by its looks. This would be the perfect fit for your casual evening outings with your family/friends. 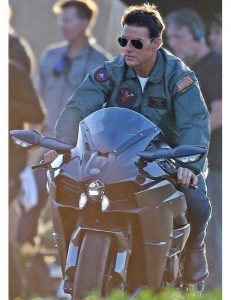 After 17 years, the sequel of Bad Boys has been releasing. The initial date of release for Bad Boys for life is on 16th January 2020. The main characters of the movie include Martin Lawrence and Will Smith as Detective Marcus and Mike Lowery.

The attire of the cops has been a highlight of the movie. One particular jacket worn by Mike Lowery is the one made of a wool blend with inner viscose lining. It has a shirt collar, snap-fastening front closure, buttoned cuffs and comes in black color along with golden print which makes the jacket unique as it is. 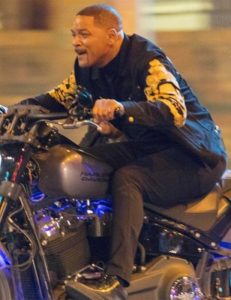 This vest is made of PU leather along with inner viscose lining. It has a neckline sewed with a closed front. It comes in white color without sleeves and a beautiful logo on the front of the jacket. 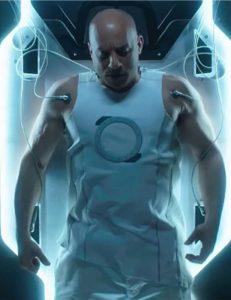 Best Ideas For Valentines Day Gifts For Girlfriend in 2020