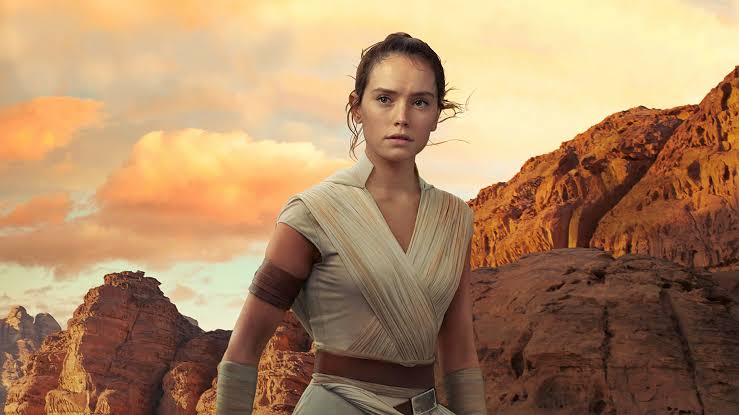 This one goes out to the fans of Star Wars. The epic space opera media franchise, produced by George Lucas. The entire saga of Star Wars depicts the adventures of characters happening in ‘A long time ago, in a galaxy far, far away’. The franchise has been displaying the living adventure of humans and aliens along with robots. An energy field created by all living things is known as ‘the Force’, which is mystical power. Star Wars: The Rise of Skywalker is the ninth episode of the Skywalker saga, which is the final and last part. This will be the end of the ancient conflict that took place between the Jedi and the Sith. It is a definitive end to the Skywalker saga, with a twist and turn of events and adventures.

Along with the classic and adventurous plot of the Star Wars franchise, The Rise of Skywalker has a talented crew of cast. The character of Rey, portrayed by Daisy Ridley in Star Wars: The Rise of Skywalker – is an orphan from Jakku and a former member of the Resistance. She is the last Jedi and apprentice of Luke Skywalker and Leia Organa. Daisy Ridley is one of the talented English actresses who has been raised by her prominent role in Star Wars. Along with the classic portrayal that she has depicted for the character of Rey in Star Wars, she is also admired for the wardrobe that she has been attired with. Beauty with brains!

As to go along with the character of Rey, she is classified as a 19-year old woman in Star Wars: The Force Awakens. She is considered to be stubborn, brave and optimistic. She has been known to maintain fierce loyalty to her friends with a headstrong and brave personality. She is a fighter and she admits to being one. Her blue lightsaber has been her strength and weapon. As her character was initially introduced in Star Wars: The Force Awakens – she was introduced as living alone on the planet Jakku, where she was scraping a living by being a scavenger. She was living her life waiting for her family to return, which was separated from her when she was a child. Furthermore, she is shown as a central character of The Last Jedi. She continues her journey as to where she left in The Force Awakens. As the end is here, Star Wars: The Rise of Skywalker, the nine-part of the Skywalker saga, Rey will be seen in this installment for the last time. As she is completely trained as a Jedi, she will play a major role in bringing the ancient conflict between the Jedi and the Sith to an end.

Along with the strong portrayal of the character that she has portrayed on the screen in the Star Wars series, she has been attired with the most classic yet dominating costumes as well. This is the time when you can actually prove your enthusiasm and fanhood towards this strong and competent character of the Star Wars series. Initially, Rey’s costume was ought to be full of gears and tools, since she had to depict her personality as a scavenger. But lately, the team narrowed down on designing her costume into a simple yet appealing one. The classic robe that she has been attired with, is in gray, the color that dominates her personality with simplicity. The blue lightsaber is her strength and the weapon that she believes in. Her vest, belt and holster, leather boots and her hairstyle compliment her entire look. If you are a true fan of the personality that the character of Rey holds, then you might be intimated by her costume. Well, as a fan, who wouldn’t want to grab onto the attire that she has been wearing in the classic installment Star Wars: The Rise of Skywalker? Embrace your fanhood by imitating the personality that has made her competent and strong in the series of Star Wars. Let this be the chance of getting your hands on the classic yet simple attire of Rey. We are here with every essential of her costume that you might need to replicate the look that she has been carrying in the last installment of the Skywalker series. Check out the details of  Rey Costume and grab onto in right away. 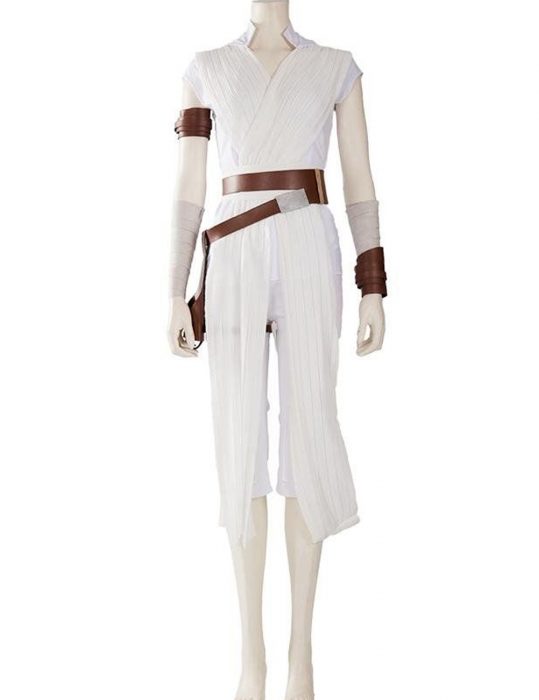 The scavenger and main protagonist of the Star Wars series have been embedded with a solitary life and a dependent costume. If you are seeking for the gorgeous attire that she has been carrying on screen, this is a must to grab on. The costume is inspired by the look she has carried in Star Wars: The Rise of Skywalker. It is made of soft and flexible gray satin and cotton with brown double layer composite skin. It comprises of a top, pants, waistband, shoulder shawl, bracers, and bands. 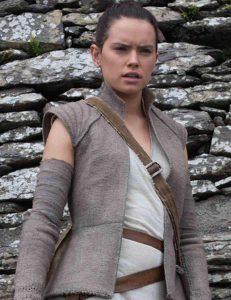 The vest that Rey has been attired within Star Wars: The Rise of Skywalker, is available for you to grab on. The vest is made of wool with a soft viscose lining on the inner side. The sleeveless gray vest has a stand-up collar and gives a fitted look. 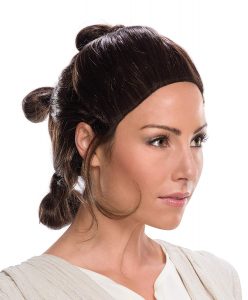 The Rise of Skywalker Rey Wig

To imitate the look of the character, it is essential to grab onto every essential detail of the costume of that character. Get your hands on the wig that Rey has been attired within the movie. The wig is made of 100% synthetic fibers and gives you the exact look of Rey. 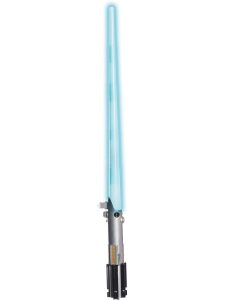 The Rise of Skywalker Rey Lightsaber

The lightsaber that Rey has been accessorized with, is available for you to grab on. The lightsaber is made of 100% polyester. The Rey blue lightsaber will make you imitate Rey’s personality in a defined manner. 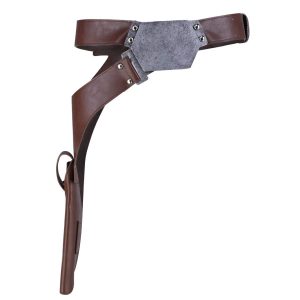 Along with the gray costume that Rey has been attired within the movie, her costume is fashioned with a brown leather belt. The color combination of gray and brown makes her costume portray her fearless personality. The belt is made of PU leather with a soft resin buckle. The size of the belt is adjustable. 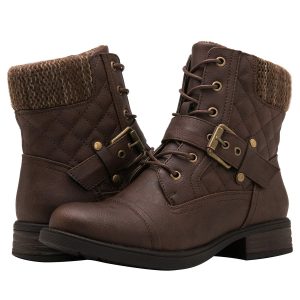 The Rise of Skywalker Rey Boots

Along with the dependent costume that Rey has been carrying in the movie, she has focused on wearing synthetic leather boots which made her complete her entire look like a scavenger. The boots are in brown which makes a contrast with her gray outfit. The boots are accessorized with buckles, zippers and fine detailing.

One of the best ways to depict the personality of a character whom you adore, imitating the costume with every essential detail would make it possible. If you are one of the biggest followers of Rey, the force-sensitive human female – then this is the costume that you must grab onto right away. As a fan of Star Wars Jacket, every character of the franchise holds a deep and meaningful personality, out of which, Rey is an independent and a young 19-year old woman, who maintains a strong and fierce personality in the Resistance and carries herself independently. This is your chance to imitate the look that this young woman has been carrying on the screen. Embrace the strong and confident look that she is portraying in the franchise of Star Wars. From her robe to the lightsaber, her boots to the belt and holster – we have it all here for you to grab on. Let your fanhood cherish the love and affection that you hold for this bold character of Star Wars.