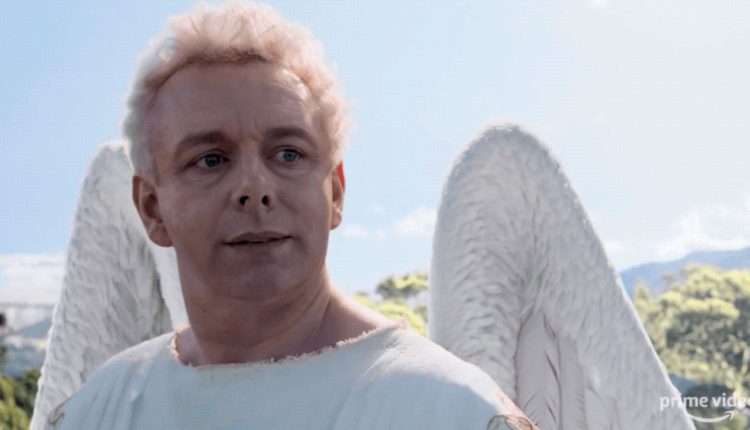 Good Omens is a miniseries, that has been released on 31st of May, 2019. The series is based on the novel that was written by Terry Pratchett and Neil Gaiman in 1990. The plot of the series revolves around a devil and an angel, representing the hell and heaven on Earth. Michael Sheen has portrayed the character of Aziraphale, the angel in Good Omens. Aziraphale is the angel that has been residing on Earth since the beginning, and has been assigned to guard the Garden of Eden. The character of Aziraphale admires little things and is composed of positivity. Michael Sheen has not only given us positive vibes through the character of Aziraphale, but he has also set up some invincible fashion goals as well. The astounding apparel that he has been carrying out in the series of Good Omens, is now just a few clicks away for you to grab on. The Aziraphale Good Omens merch is listed below with classic details, so have a look. 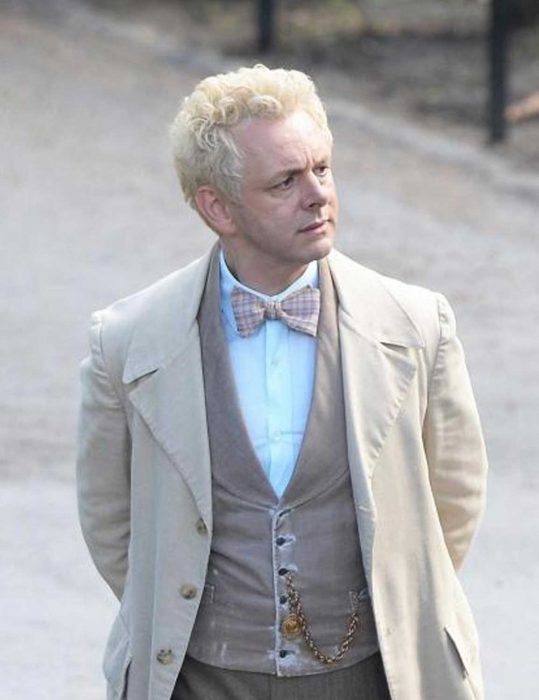 The angelic look that Michael Sheen has portrayed in Good Omens, by playing the character of Aziraphale, has been astounding and intimidating. Michael Sheen has not only blessed us with some extraordinary acting, but has given us some incredible goals when it comes to fashion.The classic beige color coat, has reflected the positivity of his character. The coat is made of pure cotton fabric, that makes it durable. The inner lining of the coat has been lined with viscose lining, which makes it comfortable to be worn from inside, and charming to look from the outer side. The coat has a wide peak lapel collar, which distinguishes the look of the angel in Good Omens. The front button closure makes it convenient to wear. There are two pockets on the outside of the coat, and two on the inner side. Do not wait up, and get your hands on this Aziraphale coat right away, to carry an angelic look with a pinch of classiness. 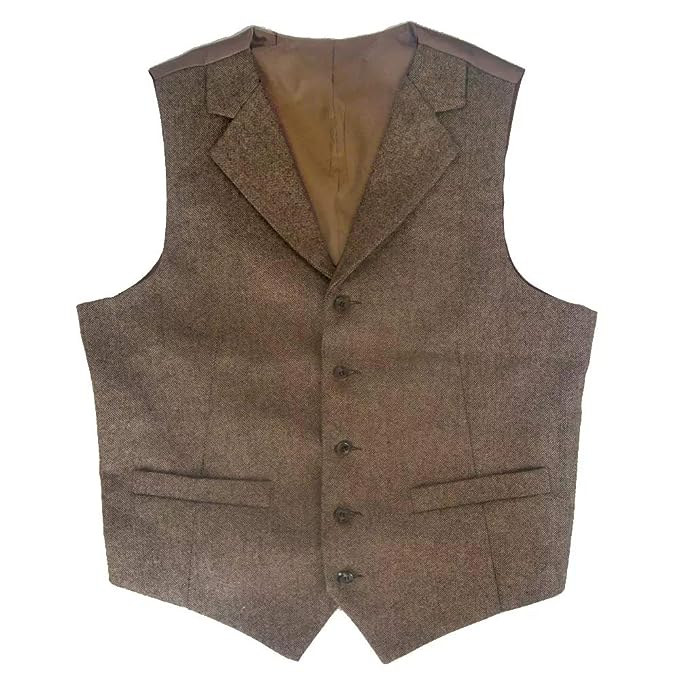 The look of a coat is complimented when it is accompanied by a vest. The look that Michael Sheen has carried out in Good Omens as an angel, comprises a combination of a coat along with a vest, that is in contrast to the coat. Along with the Aziraphale Good Omens coat, grab this vest to get the complete look of Aziraphale, the angel. The material of the vest is imported, which makes it comfortable and durable. The vest is accompanied with a back belt which gives you perfect fitting. The brown vest will look astounding when it will be paired with a beige color coat. The formal button-down vest, with pockets on the lower side, will give you a sexy look along with convenience. Get this vest, and imitate the look of Aziraphale at the Halloween this year, or get it for formal occasions and enjoy the compliments! 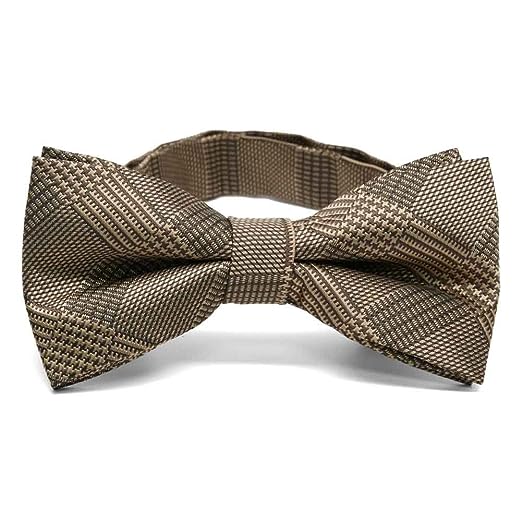 The angel, Aziraphale, has given us some positivity in life. The character has been played immensely by Michael Sheen. The apparel that Aziraphale has been dressed in, is something to flaunt about. The accessory and every detail of his attire are noticeable. The bow tie that he has worn with his beige coat, is certainly complimenting his look. As positive his character is, the clear beige coat with brownish tie supports the positivity that he has been composed of. The bow tie is made of 100% polyester and gives the perfect formal look. 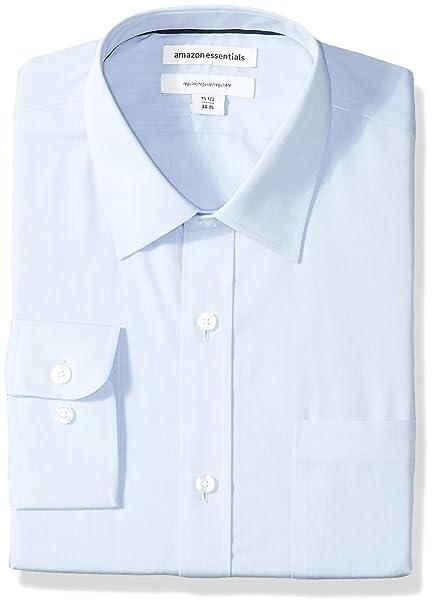 The inner shirt with the coat always plays an important look in creating the personality of the character. The angel from Good Omens, Aziraphale, has been dressed up in a white shirt underneath his beige color coat, which certainly rises up the positivity and angelic characteristics of the character. The shirt is composed of 65% cotton and 35% polyester. The front button closure makes it formal and easy to wear. The shirt is in pure white color, with a smart fit. This is the apparel that you must add to your wardrobe. It can not only be used to imitate the look of Aziraphale from Good Omens, but it can also be used for any formal gatherings. 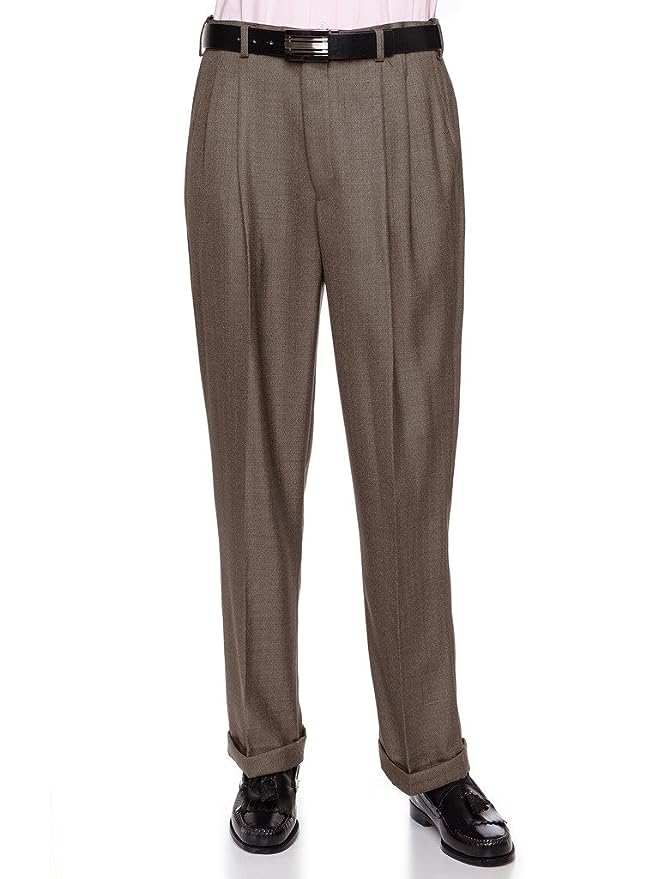 The look of Aziraphale is completed with the beige color dress pant. These pant have complimented his personality as an angel. The combination of a coat along with a vest, cannot go any better with a dress pant. The pant is made of 25% wool, 40% acrylic, and 35% polyester. The pant is a perfect match to go with the Aziraphale coat. The trouser carries a look of the early 90s with a pinch of classiness. The pant perfectly reflect the character that has been mentioned in the novel, which was written in the 90s as well. 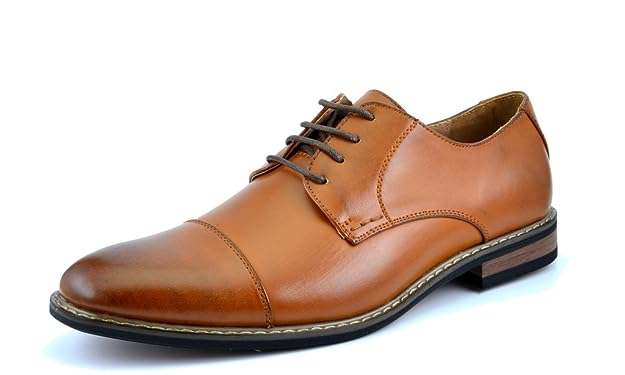 As the personality of Aziraphale has been defined with positivity since the angel is always a combination of rightful sayings and the classy angelic look. The look of Aziraphale is not completed without a pair of classy boots. The brown chukka boots are synthetic and have a rubber sole. Enriched faux leather has been used as a polished base on the top of the shoe, which gives it a smooth and glossy look. These shoes are certainly essential to own when it comes to imitating the look of Aziraphale. The brown chukka boots are designed with pretty textile lining and an insole that is easily said to be breathable. You can grab this along with the rest of the costume to complete the angelic look, and wear it on Halloween party that your friend is about to host this year. Be the angel, Aziraphale. Or, you may also use it for official and formal meetings when it comes to routine.

Theangel, Aziraphale, has been giving us some real fashion goals through the apparel that he has been gearing up in Good Omens. Get your hands on this astounding costume of Aziraphale, that has been played outstandingly by Michael Sheen. You wouldn’t want to miss the chance to add this incredibly amazing costume to your wardrobe. Get the costume, wear it on and feel possessed with the angelic qualities and positivity that the character has in Good Omens. This is the opportunity, to get the best in life. The Michael Sheen Good Omens Aziraphale costume, is just a few clicks away.