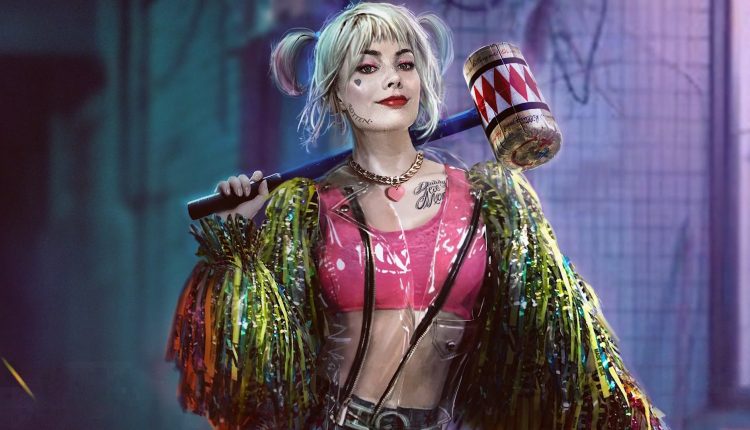 The following attractive inspiration lady character is stood up from her recent film Suicide Squad as she continues her madness and wildness in her upcoming movie Birds of Prey based on the DC Comic book of the same name. With the release of the trailer, her fans got extremely excited after seeing her in such a unique and unmatched Harley Quinn unpredictable personality. After her departure from Suicide Squad, she proves herself in this movie that harley quinn and joker are not dependent on each other. She has the ability to perform his act all alone. Margot Robbie stands upon the entire requirement that was needed to perform this crazy role and I believe that no one has such potential and stamina to do the same portrayal of Harley Quinn. Which the chubby, crack head character crazy about Joker and Harley Quinn. Harley Quinn Comic Book And now a series of cartoons and latest  movie that changed the Harley Quinn Costume virtual pace into reality. The super-standing relativity that has let her gimmick perfection. In two shades of red and the blue theme that converge all forces into one costume 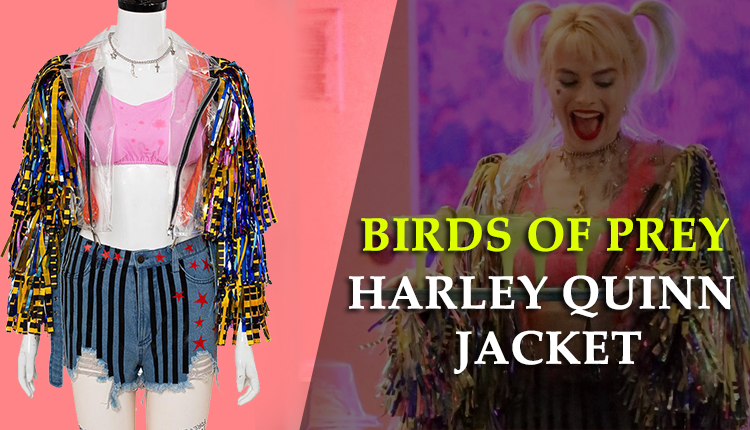 Harley Quinn’s colorful jacket made from strips of caution tape has become popular since appearing in several recently released teasers and photos for warner bros.’ birds of prey. Now, Harley Quinn jacket diy, both in-store and online under the name “Her universe dc comics birds of prey Harley Quinn tape girls jackets.”If anyone of the parts of the costume is not up for the grab then it is totally a waste to buy it. 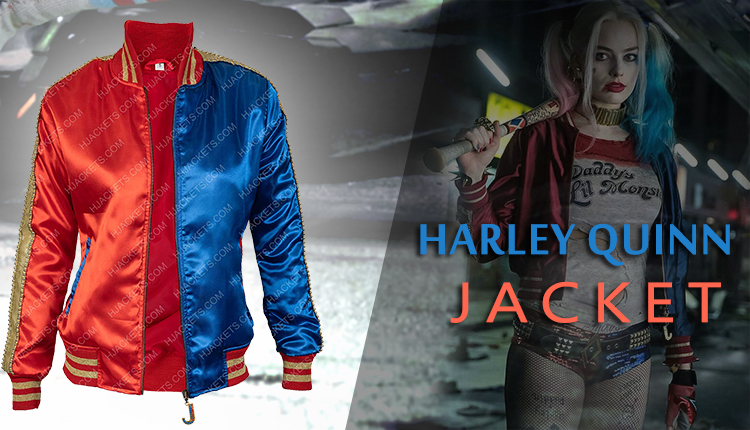 Harley Quinn Jacket, a masterpiece in itself. The Harley Quinn Suicide Squad jacket is prepared from high-quality fabric and is light weighted. At the back is labeled with the famous logo of Harley Quinn Costume along with other few designs made on it. 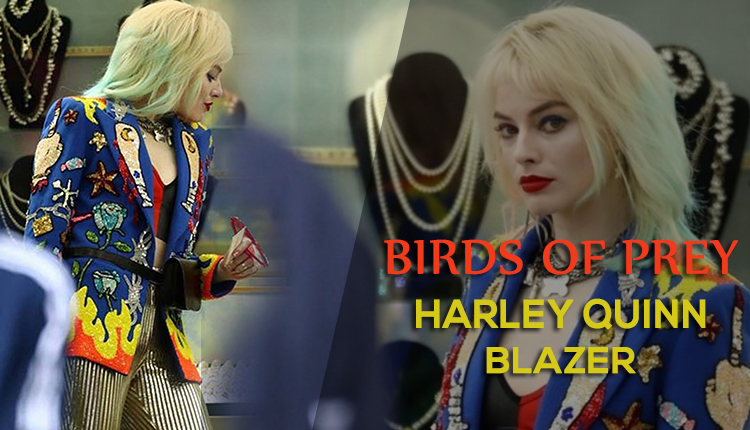 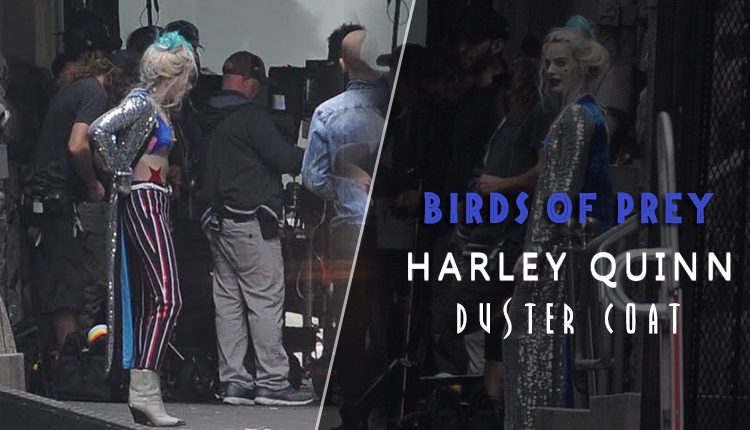 The above masterpiece is the deadly combo of blue and silver color is decided while keeping in mind the consequences of this duster coat appearance on Harley Queen. Velvet body provides you an essential satisfaction that is requisite. The silver glitter work on this is the main big reason behind the attraction of others towards you. 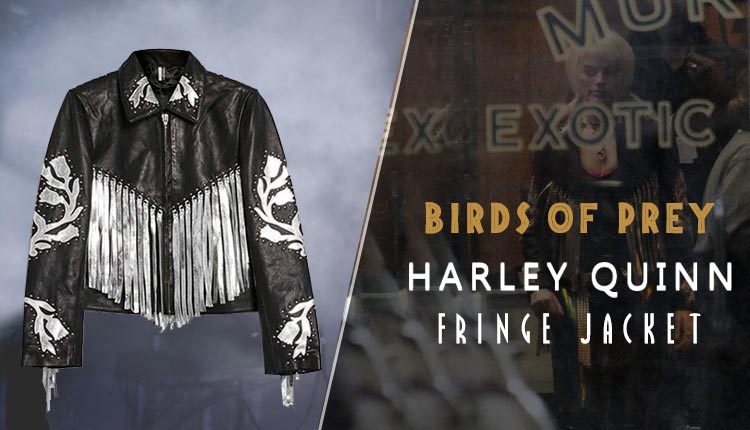 This fringe jacket is the concoction which is an alloy of enduring A-1 leather along with viscose lining. Handicrafts on the backside and sleeves are more than enough to express the talent and skills of its creator. The fringe work on this is the main big reason behind the attraction of others towards you and it could be more attractive by wearing birds of prey black mask. Silver color works glimpse the Harley Queen personification in Birds of Prey. 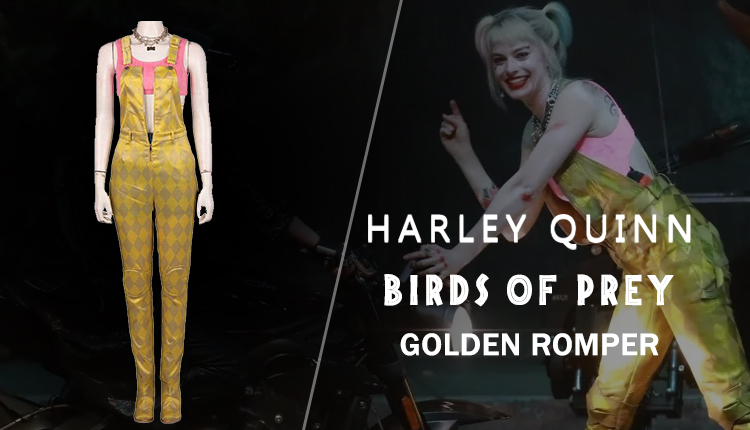 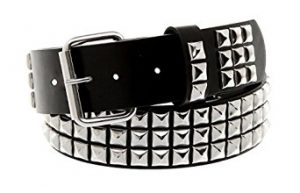 Modern Pyramid Studded Leather Belt. Unique studded belts are far dominant in style than a plain dark belt. Liven up you’re outfit with these structured studded belts that are made with extraordinary stud design that will add a contact to any of your pants. 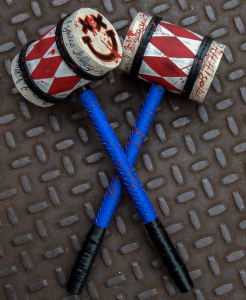 Harley Quinn Inflatable Bat, An incredible extra for your Harley Quinn outfit & Harley Quinn statue reliant on the new film Suicide Squad. Includes Inflatable stick with “Goodnight” composed on it. This is an officially authorized product of DC COMICS. 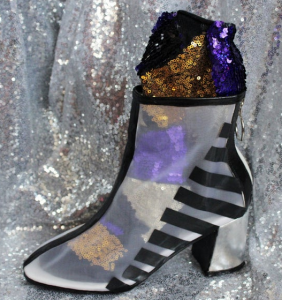 Harley Quinn Birds of Prey cosplay shoes and socks, the item combines a pair of boots and a pair of socks. Socks will be made of the specific cotton base with shiny sequins apparently.

The above impeccable outerwear design to fulfill the Harley Quinn Costume is the most suitable thing that you can imagine for Harley Quinn as action figure. Now you can follow her example to practice attiring such outfit with complete guide and out-perform in front of millions at a cosplay. Harley Quinn wings jacket Costume gives all of us the chance to recover the fashion and make the latest trend hotter than ever.

Star Lord Costume Guardians of the Galaxy Both Volume