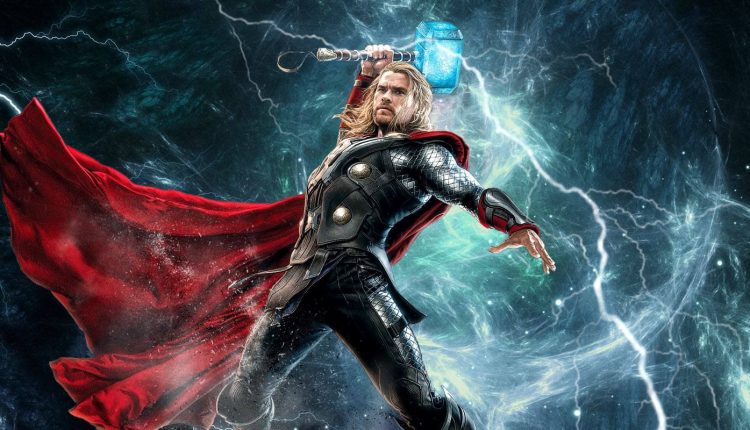 King of the Asgard – Thor Entranced and Virtuous Costume Collection:

Thor is one of the most all-time favorite superhero character Marvel has ever produced. As his enchanted persona and exhilarating battling skills are some of those traits which are hugely popular among millennial and followers. He is therefore rightly called as the God of thunder, as he has immense powers to strike with thunder like no one has. His most famed Molnar – a powerful tool that gives him unbelievable powers to strike with storming thunder is also widely admired by many enthusiasts as a source of enthralling dominance. Hence covering up all, one always tries to get attired like him to artificially emulate the persona of Thor Costume. Therefore the below shown guide is an exclusive representation about how to outfit like him. 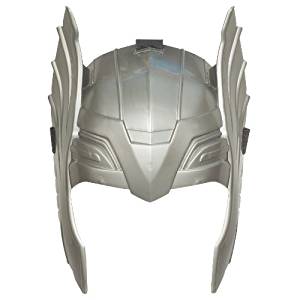 Make your Thor Avatar complete and paramount with this exclusively crafted Thor Helmet that gives you defiant looks of an as guardian warrior who dares to take on all challenges. 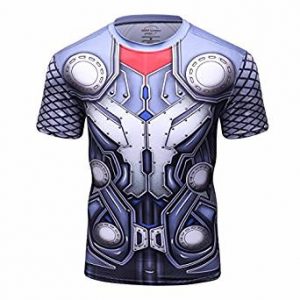 Attire on with this exquisitely manufactured Thor shirt that is a deliberate high class fabrication of artistic styling, perfect to give you exact Thor looks which you always wanted to get-up with. 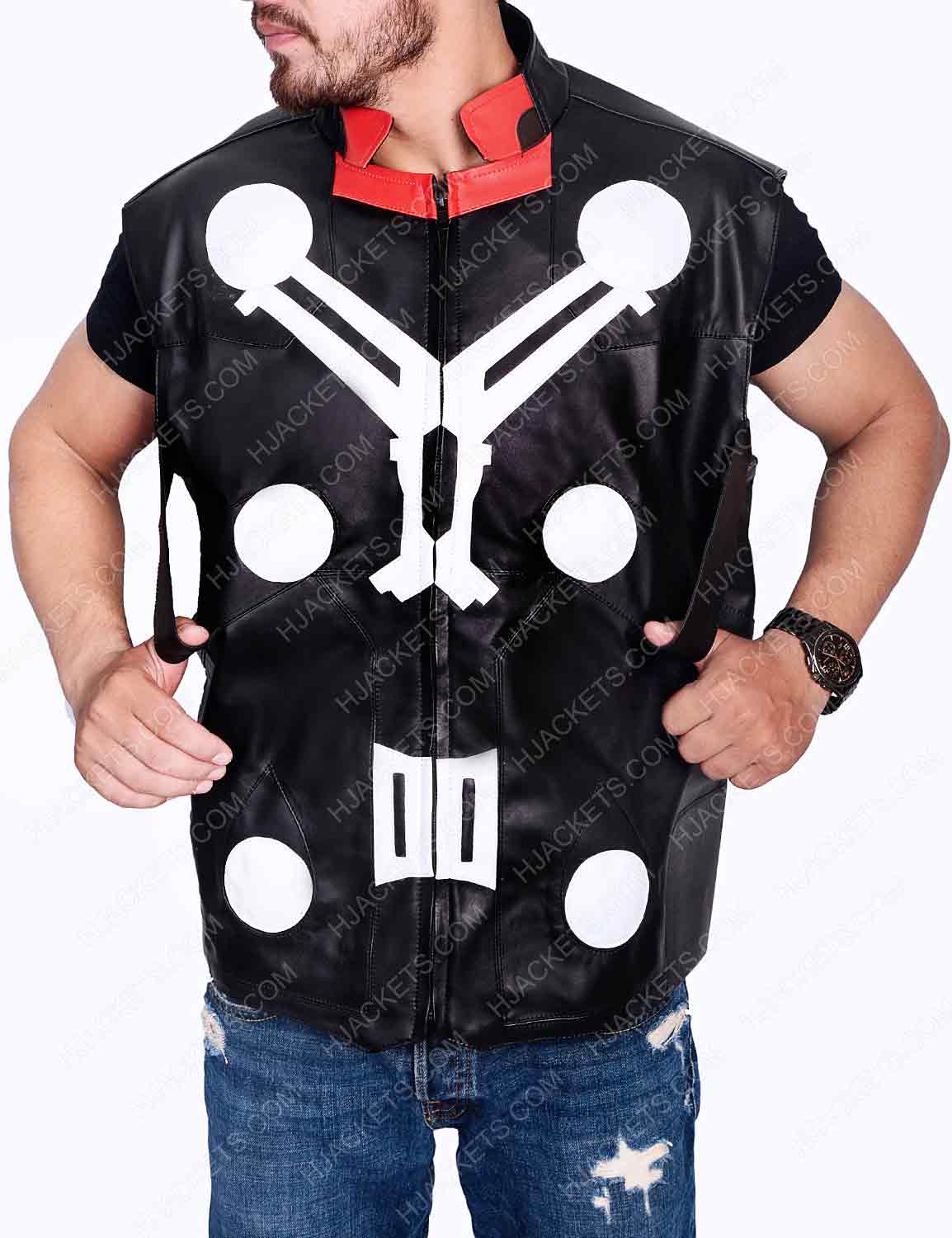 Thor’s vets in the sequence that has the Age of Ulton specific features of leather assemblage. the entire suits up flair that retains the original outfitting of this costume as a whole appearance. 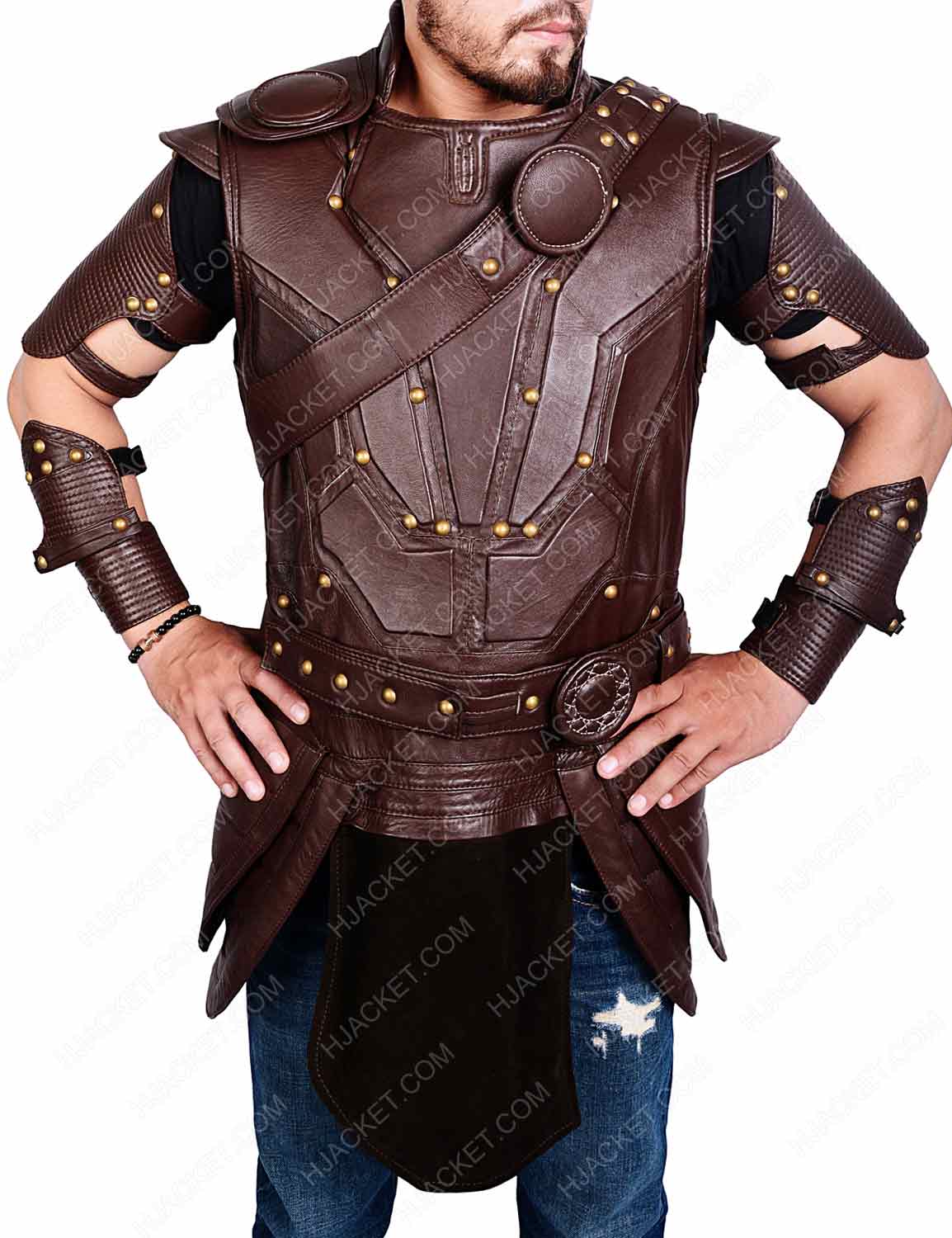 If you know your superstars what gimmicks is Age of Ulton Ragnarok Thor Vest. This supreme fans over the edge while with sense of perfected depiction is your way in for your photogenic cosplay. 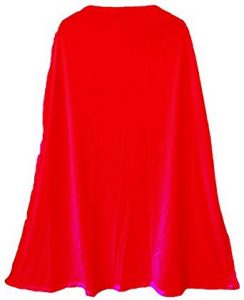 This uniquely crafted sharp red cape is a précised anticipation of the highly impeccable Thor costume, as its virtuous outlooks emulates right superheroic persona to amaze everyone. 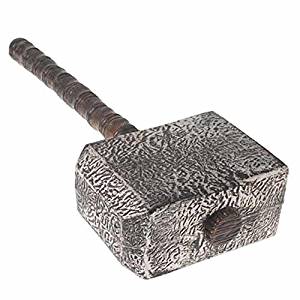 If you want to take the famous thunderbolt tool that Thor is used to emulate his powers, then this uniquely replicated Hammer is all what you need to get enthralled as it is especially made for your warrior anticipations. 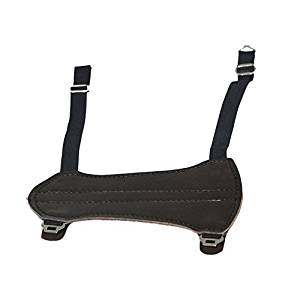 These arm guards are deliberately fashioned to give you elusive combatant looks, as it is very easy to take on and fits right according to your arms, so gives right inspiration to be like Thor. 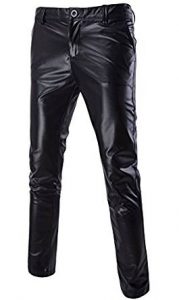 These glossy skinny pants gives your character and enticing presence and indifferent persona from rest of the party, as it is creatively styled in a fashion that it suits best with any costume or apparel. 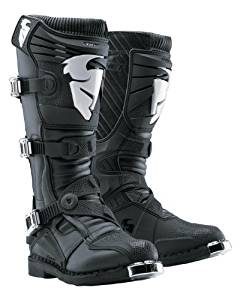 These sturdy styled boots are a fine depiction of the Thor’s strong boots, as it is also robustly manufactured with same styling and defiant fabrication that makes it a top class wearable to have.

Grab on the most talked Cosplay of the town, as this exclusively crafted Thor Ragnarok Costume is delicately fashioned with flawless fabrication and defiant designing to make it look as perfect as seen in the movie. 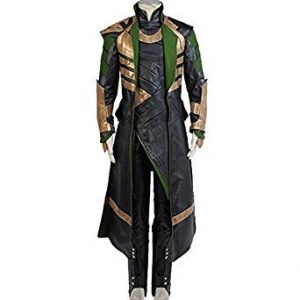 This Loki Costume is especially crafted for them who are highly admired from the cunning character of him, so is fabricated with exact fashioning so that they can attain right antagonist inspiration. 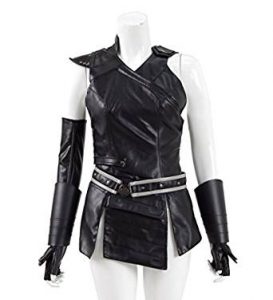 The latest sequel of Thor features a new superhero character who is called Valkyrie. She is also an as guardian and her black attiring looks highly exquisite, so here is her fabulous outfit crafted with same fabrication. 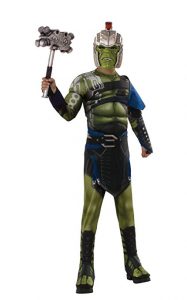 The new Thor sequel includes ever-strong and stern Hulk character, who is also depicted in an asgardian warrior styled, so this exclusive Hulk costume is also fashioned with same fabrication as it appeared in the movie. 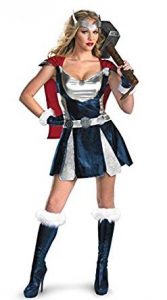 This fabulous outfit is a perfect attiring piece for those female enthusiasts who are real aficionados of the Thor, hence the above apparel is delicately fashioned for them so that they can have real anticipations.

This little girl’s Thor costume is typically crafted to give toddlers a real inspiration of their favorite thunder character. As the red cape integrated with smartly tailored outfit speaks volume for itself. 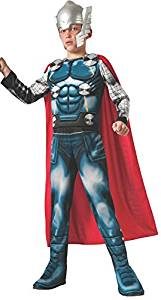 Thor is one of the most loved and inspired character of the toddlers, hence this ingeniously made special outfit is deliberately made for young millennials to get their favorite enthralling looks on.

So these are all the most rated outfits and gadgets taken from the latest sequel of the Thor Ragnarok, which has grasped huge attention from all the global audience. Hence the above shown apparels are creatively manufactured to give an individual real aspirations and enchantment of the Thor character, as they have been comprised from précised hands that has crafted best of the best. So get your Thunder warrior looks on by attiring one of these apparels shown above with creative gadgets enclosed.

Most Wanted And Loved Gifts Collection Ideas For Wife

Innovatively Fierce Walking Dead Gifts For All The Fans